Pre-Matter & How It Works, Creation Energy 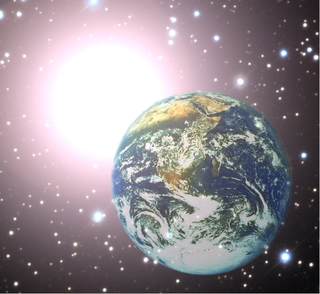 Just be aware that you are feeling a build up of energy in the human noosphere (collective self) because a big mass event really is coming. Whatever it is, we don’t really know what it’s going to look like yet so I won’t pretend to know. All we know for sure is that the build up for a big change is coming.

Sometimes the reason for this inability to know, by anyone, what it is really going to look like and why predictions are never dependable is because it is still morphing and changing as new energies are introduced, changed or used in the energetic movements underneath physical reality. It depends on what the mass consciousness projects and does with the energy that causes it to take form. This kind of energy takes on a temporary etheric template to test out that idea. Then it changes and takes on another form to see if that is a better version. There is a different twist or addition and it takes yet another form. This is the way it works in pre-matter energy before it actually becomes physical. Only once it becomes physical, crystallizing and becoming solid, literally, is the final version of form decided upon and manifested.

Simply notice the energy moving, building, changing, metamorphosing, and enjoy the fact that you are able to be aware of it before it manifests. You are blessed to be able to perceive this. Not everyone can feel the energy of pre-matter consciously and perceive its movement. You are “tuned in” to what is going on underneath reality. Literally. That really is where this energy is. It is still on the pre-creation platform, the potters turning wheel.

You can feel that energy and know it is there without becoming anxious about it. Yes, time seems to be moving differently. Yes, nothing is staying fixed in position and there is a sense of great instability in everything at this time. Yes, changes are happening fast, maybe a little too fast for comfort. Yes, a quickening and a wildfire is spreading through the mass consciousness like some sort of energy wave. Yes, there is a warping of physical senses and physical reality, a pulling of some sort on the very fabric of time and space. You are noticing it even though you might not be comfortable or ever seem to have enough time to get everything done.

When you feel the rumblings underneath reality, yes, it could feel a little nerve wracking, like an earthquake does or the rumblings before a bigthunderstorm coming in from a distance. However, there is nothing you can do except keep focused on your preparations, even if it is simply preparations in consciousness, and be at ease knowing that everything is in the hands of God. Godself knows what it is doing so you are in good hands. Instead of being worried or frantic, just enjoy the excitement of its implications, the tension and pleasant anticipation present before the big show.

You are safe even though you feel the big rumblings underneath physical reality. Yes, the big one is coming but you will be fine, actually better than fine. Just go where you are led to go, be who you are meant to be, and do what you are led to do.